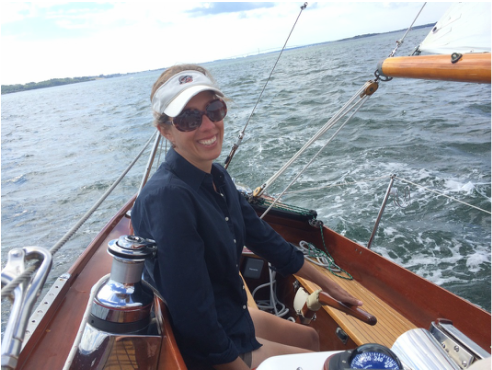 From the beginning, my relationship to glass was like a feral child to language. In 2003 I began working in a production studio and gallery in Colorado, where I was the gallery manager. I started blowing glass after hours, when the owner of the shop, Garth Mudge, would give me a specific project to work on (bowls, paperweights, vases) and a brief demonstration. I spent the rest of the night figuring out on my own how to make what he made, until I had emptied the furnace. This part-time work continued until 2007, when Garth, my only mentor, sold the business to a non-glassblower, and I was promoted to full-time glass blower. With virtually no professional guidance from there on, I developed my own way of working with the glass. Perhaps my work developed more slowly than it would have if I’d had someone teaching me directly, but I developed a fundamental knowledge of the material that was entirely my own and not influenced by the techniques of a teacher. My work comes from a very pure place and is a product almost entirely of my imagination and experimentation in the studio.

When I became a full-time glassblower, I focused on craftsmanship, honing my skills producing others’ designs, as well as my own original designs, in large quantity, in front of tourists. By 2010 I was making a living entirely by producing my own designs (vases, bowls, platters and small sculpture), pursuing gallery representation, and selling at art shows during the summer. The work was popular and marketable, but I knew it was not the pinnacle of which I was capable. A critical shift occurred in 2014, when I began working on a technique of my own creation: larger scale sculpture made entirely of smaller blown bubbles that are either fused or joined hot.

​Though the work is still in its infancy, through it I’m exploring the concepts of the individual in society, the many that make up the whole, the fragility of the whole and its dependance on the strength of the individual. I am also fascinated by the way glass, like water, can reflect and often amplify ambient color, light and texture. My vessel and sculptural forms explore glass’s natural fluidity, its tendency to form bubbles, and the way it, like water, both accepts and defies containment.
Phone: 401-788-2500